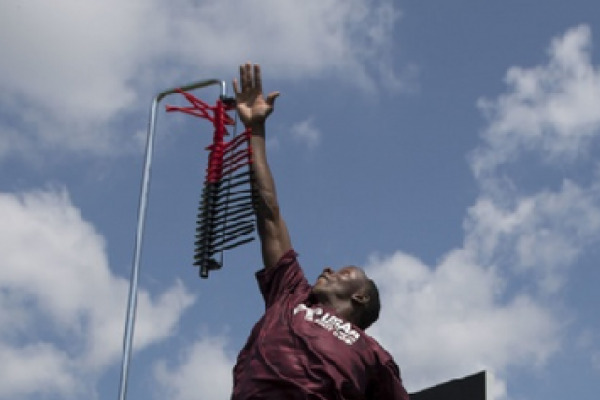 One of the tests in which the athlete must jump upwards in the air is the vertical jump. This test’s main goal is to assess the athlete’s endurance and strength.

The athlete must vertically leap as high as they can without jogging. They must then reach the retractable prongs to demonstrate their leaping ability.

NFL scouts look for players who can jump, such as wide receivers and cornerbacks. As a result, this is one of the most important tests in the NFL scouting process.

Today, we’ll look at that record as well as the sportsmen that have the highest NFL vertical leap records. So, let’s find out which NFL players have set the biggest jump record.

The Top 10 NFL Vertical Jump Records
We compiled the list using online resources such as Athlonsports, Sportskeeda, and others.

Before we get into the specifics, let’s have a look at the overall rankings.

Marcus Williams is a 25-year-old Baltimore Ravens safety. He is ranked tenth in the NFL for the biggest vertical jump of 43.5 inches.

Williams went to college in Utah and played football there. In addition, he was invited to the NFL scouting combine. He completed all of the combined drills, including the vertical jump, there.

Following the drill, NFL draft experts and analysts predicted that William would be chosen in the second or third round. According to several NFL pundits, the fifth-best safety in the draft.

Meanwhile, NFLDraftScout.com ranked him third among safety prospects, and ESPN ranked him eighth. The New Orleans Saints selected Williams 42nd overall in the second round of the 2017 NFL Draft.

The NFL features not only some of the best players but also some of the most attractive cheerleaders. More information on the top 15 NFL cheerleaders can be found by clicking here!

Obi Melifonwu, our number 9, has a vertical jump record of 44 inches and currently plays as a safety for the Tampa Bay Bandits of the United States Football League (USFL).

Melifonwu attended the University of Connecticut and played football there. He was invited to the Super Bowl and also went to the NFL scouting combine.

He accomplished most of the drills except for the three-cone drill and the short shuttle. Melifonwu, on the other hand, set one of the best vertical jump records.

Similarly, he performed admirably in the broad jump and the 40-yard dash. Following the combine, he had private workouts and visits with NFL organizations.

Melifonwu was anticipated to be a second-round choice by NFL experts and commentators. However, the Oakland Raiders selected him 56th overall in the second round of the 2017 NFL Draft.

After making his NFL debut with the Raiders, he went on to play for the New England Patriots, San Francisco 49ers, and Philadelphia Eagles.

Melifonwu was signed by the Eagles in 2021 but was injured and released in September of that year. The Tampa Bay Bandits of the USFL signed him in 2022.

Anthony Orange, a free agent from Canada, is the next player on the list. He was previously known as A.J. Jefferson. Orange, 34, is tied with Obi Melifonwu for the NFL vertical jump record of 44 inches.

He was a student at California State University. He was a member of the college football squad for four years. Orange was invited to the 2010 NFL Scouting Combine 2010.

After the combine, the expert anticipated he’d be drafted in the fourth or fifth round. He was, however, not drafted. In 2010, the Arizona Cardinals signed him as an undrafted free agent.

Orange spent two seasons with the Cardinals before moving to Minnesota Vikings. The Seattle Seahawks signed him in 2014.

He has also played for CFL teams such as the Toronto Argonauts, Ottawa Redblacks, Saskatchewan Roughriders, and others.

Orange was arrested in 2013 for felony domestic abuse. As a result, his professional career suffered as well, and the Vikings released him.

Bryon Jones of the Miami Dolphins is our number 7 pick. His vertical jump in the NFL is 44.5 inches. In addition, at 12 feet 3 inches, the 29-year-old holds the unofficial world record for the standing long jump.

Jones went to UConn and played football there. Even before he was invited to the NFL scouting combine, he was ranked as the 25th best cornerback prospect in the draft.

Jones’ performance propelled him up the draft rankings, and he emerged as a top defensive back prospect. He accomplished all of his combined exercises and was anticipated to be a first-round choice by NFL draft pundits.

Jones was selected 27th overall by the Dallas Cowboys in the first round of the 2015 NFL Draft. He was a member of the Cowboys through the 2019 season before joining the Miami Dolphins in 2020.

Chris Conley is a wide receiver for the Houston Texans who are 29 years old. He is ranked sixth in the NFL with a vertical jump of 45 feet. He went to Georgia for collegiate football.

During the draft process, Conley met with a few NFL teams for private workouts and meetings. He was anticipated to be a third-round choice by NFL draft experts.

According to NFLDraftSout.com, he is the 13th best wide receiver in the draft. The Kansas City Chiefs selected Conley in the third round, 76th overall, in the 2015 NFL Draft. He agreed to a four-year, $3.12 million contract.

He was with the Chiefs until 2018 when the Jacksonville Jaguars signed him. Conley was signed to a one-year contract by the Texans in 2021 and re-signed in 2022.

Do you want to know who the finest edge rushers in the NFL are? If this has piqued your curiosity, you can learn more about the top 15 NFL edge rushers by clicking here!

36-year-old man Donald Washington holds the NFL record for a vertical jump at 45 inches. He was a retired football player who specialized in a defensive back.

Washington went to Ohi State. However, he spent the majority of the season on the scout team. He also participated in all NFL combine drills.

The Kansas City Chiefs selected him in the fourth round of the 2009 NFL Draft. Washington was chosen as the team’s second-string strong safety. It was, however, cut short.

Washington was pulled over by authorities in 2001 and found to have marijuana. The sportsman was accused of drug possession and convicted of a felony in the fourth degree.

Chris McKenzie, a former Canadian football cornerback, is our number four. The Houston Texans signed the 36-year-old as an undrafted free agent in 2005.

McKenzie attended Glendale Community College and played football there. During his junior year of college, he was ranked as the 46th top prospect in the country.

The National Junior College Athletic Association (NJCAA) recognized him as the team’s Defensive MVP during his second year. McKenzie was also named one of the top junior college prospects by SuperPrep Magazine and JD Gridwire.

After completing his junior college requirements, he enrolled at Arizona State University. Furthermore, he had established himself as one of the team’s fastest players at both institutions.

McKenzie was only with the Texans for one season. He then joined the Arizona Rattlers of the Indoor Football League (IFL).

He later signed with the Saskatchewan Roughriders of the Canadian Football League. McKenzie spent the majority of his career with the team before retiring.

Chris Chambers is another footballer who has a vertical jump of 45. He is a former wide receiver who played in the NFL for ten seasons before retiring.

The Miami Dolphins selected him in the second round of the 2001 NFL Draft. Chambers participated in football, basketball, and track in high school.

He won the state track championship his senior year. He did, however, attend the University of Wisconsin-Madison and eventually decided to concentrate on football. He took part in the NFL scouting combine in 2001.

Then, after being picked by the Dolphins, Chambers became the most productive rookie wide receiver in franchise history. In 2001, he was also named to the PFWA All-Rookie Team.

He was dealt to the San Diego Chargers in 2007. The Kansas City Chiefs then signed Chambers in 2009. He retired after signing a one-day contract with the Dolphins.

The former NFL player went to Penn State and played collegiate football there. Wake worked out at Penn State’s Pro Day in addition to attending the NFL Scouting Combine.

He was signed as an undrafted free agent by the New York Giants in 2005. He was, however, released in April of the same year. Following that, he was signed by the BC Lions of the Canadian Football League.

Wake was signed to a four-year, $4.9 million contract by the Miami Dolphins in 2009. He remained with the Dolphins until 2018 when the Tennessee Titans signed him.

Wake inked a three-year, $23 million contract with the Titans. On the other hand, Wake was let go by the club in 2020.

A lineman guards the quarterback against sacks and fumbles. Here are the top 12 linemen in the league!

Gerald Sensabaugh, a former football safety, is ranked first. He holds the NFL record for the longest vertical jump, measuring 46 inches. The Jacksonville Jaguars selected him in the fifth round of the 2005 NFL Draft.

Sensabaugh attended the University of North Carolina and East Tennessee State University. He played collegiate football and went to the NFL scouting combine in 2005. Then he set the NFL record for the highest vertical jump.

Sensabaugh made his NFL debut with the Jaguars. He remained with the team until the end of his rookie deal in 2008.

He was arrested three times while playing for the Jaguars. As a result of this, he was not re-signed by the franchise.

The Dallas Cowboys, on the recommendation of assistant coach Dave Campo, signed Sensabaugh to a one-year contract in 2009.

In 2013, the team released him but enabled him to sign a one-year contract to allow him to retire as a Dallas Cowboy.

This concludes our list of the top NFL vertical leap records. While most of the players could advance in their careers, only a handful have retired from the sport.

Their impressive records remain the greatest in the NFL scouting combine. 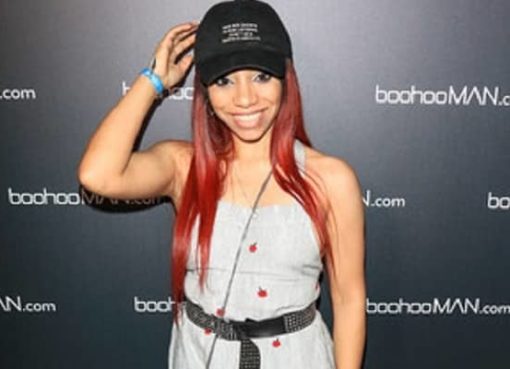 Who is Erin Bria Wright? Erin Bria Wright is the daughter of Eric Lynn Wright, better known as Easy-E, and Tracy Jernigan, a rising entrepreneur, singer, and actor. On every significant occasion, she
Read More 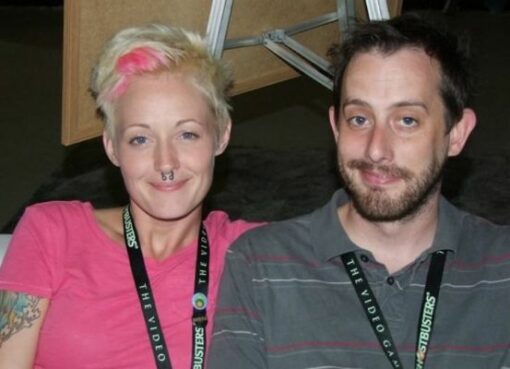 Is Geoff Ramsey, an Internet Personality, Divorcing his Wife?

Geoff Ramsey is a voice actor, comedian, and internet personality. Griffon Ramsey is an independent filmmaker from Oregon who lives in Texas and is known for her roles with Rooster Teeth Productions,
Read More 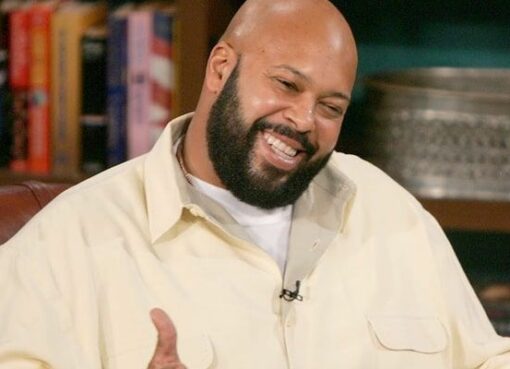 Taj Knight: Suge Knight, the CEO of Death Row Records and a former American music executive, was a crucial figure in gangsta rap’s commercialization. Tupac Shakur has been released from prison thanks
Read More